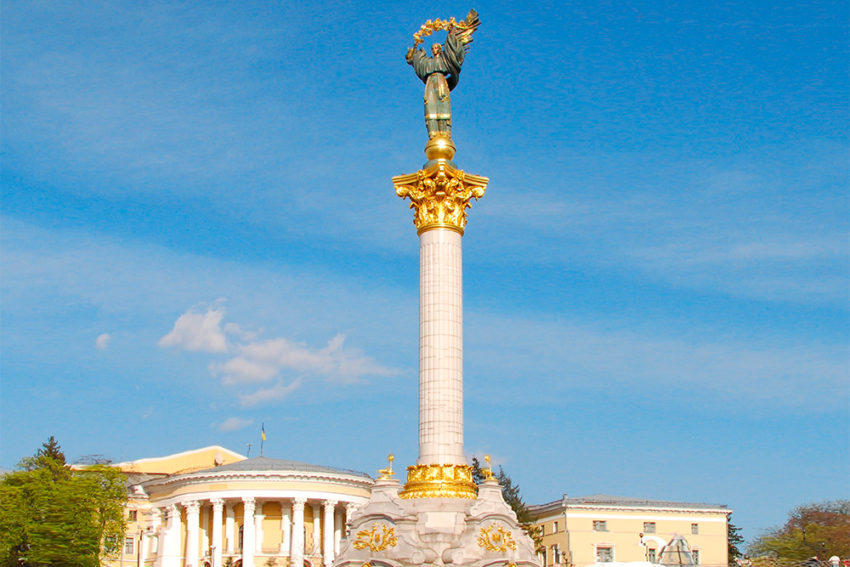 Independence Square attracts the attention of tourists not so much with its architectural team, but with historical events that took place in this place and at different times, which were of great importance for the development of Ukraine. What can be seen here? Maidan Nezalezhnosti began its history as a central square in the first half of the 19th century, along with the active development of Khreschatytska Street, which today is called Khreshchatyk. At that time the street was lined with buildings. Here appeared the House of the Noble Assembly and the Institute of Noble Maidens, shops, banks and offices. Gradually, the street connecting the European and Bessarabian regions became the center of the economic and commercial life of Kyiv. The place where Independence Square is located today was mentioned at the beginning of the first millennium. At that time, she was called a marshmallow, and this name was correct. Right here is the entrance to the old city, which was guarded by the Lyadsky Gate. In 1830, the ancient defensive fortifications were demolished, and the area was named Epiphany Square from the name of the street. Other names are Plak Damni and Padzhernitsky (October), the name Maidan has been firmly established and due to the tragic events it has taken on a special meaning.

During the reconstruction of the city, destroyed during the Second World War, the central street acquired a completely new look. Today it is a wide boulevard over one kilometer long. The width in some places reaches 100 meters. Chestnut alleys separate the road from the sidewalks. Along the street, whose architecture is mainly represented by buildings in the style of the Stalinist empire, there are office buildings, business centers and many shops, including the famous Kievskiy proezd. An arched bridge leads to the oldest building on the square, known as the October Palace. The palace was built in 1842. Today it is the International Center for Culture and Art. Various competitions and festivals are held on its stage. The guides will be happy to tell you about the bad history of the building. For some time the NKVD was within its walls. Khreshchatyk turns into a pedestrian zone on weekends and holidays. Visitors can go for a pleasant walk in the shade of chestnut trees, visit and participate in various competitions, quizzes and competitions, relax by the fountains or in numerous cafes. The city center can be reached by metro.