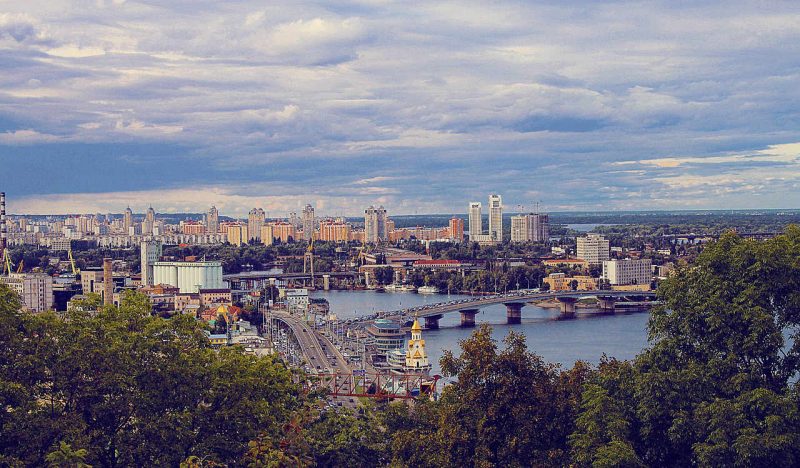 Kyiv, the main city and capital of Ukraine. It is a city with an ancient and proud history. The city is located on the Dnieper, just below its mouth to the Desna and 951 km from its mouth to the Black Sea.

Get facts about Kyiv

1. Attendance at McDonald’s, located near the Kyiv railway station, ranks third among restaurants of this type in the world. More than 2 million orders are placed here every year.

2. Kyiv is an important industrial, scientific, educational and cultural center of Eastern Europe. It is home to many high-tech industries, institutions of higher learning and world-famous historical sites.

3. 1000 years ago Kyiv was awarded the title of “Mother of the cities of Russia”. It was severely damaged during World War II but was rebuilt by the mid-1950s and had a developed economic and cultural life in the second half of the 20th century.

4. The caves of the Lavra Monastery were excavated over 1000 years ago. This is a monument of underground architecture. Today it is a complex system of underground interconnected passages connecting underground rooms. Their average length is 800 meters.

5. Archaeological excavations prove that the first settlements in Kyiv existed about 15 thousand years ago.

6. Kyiv is known as the greenest city. The green zone covers 43,600 hectares, more than half of which are covered with forests, squares, two botanical gardens, parks and tree-lined boulevards.

7. Church of St. Andrey is a masterpiece of rococo architecture in Kyiv. It was designed for Empress Elizabeth I by Bartolomeo Francesco Rastrelli and built under the direction of I. Michurin in 1747-53.

8. It is impossible to imagine Kyiv without St. Sophia Cathedral. The interior of the temple has been preserved since the 11th century. The color scale of his mosaic has more than 177 shades. This temple is an excellent example of Byzantine architecture. It is under the protection of UNESCO.

10. There are several universities in Kiev, especially Kyiv University, founded in 1834. The Ukrainian Academy of Sciences and its central library are located in Kyiv, the largest library in Ukraine.

12. Ukraine’s independence from the Soviet Union in 1991 renewed Kyiv’s status as a major European capital.

13. Kyiv metro station “Zoloti Vorota” is recognized by the Daily Telegraph as one of the most beautiful metro stations in the world. Here you can trace the chronological formation of the Kievan state from the 11th to the 13th century.

14. The city existed as a trading center in the 5th century.

15. Half of the territory of Kyiv is occupied by parks and gardens.

16. Kyiv celebrates its birthday every May. The festival is usually held on the last weekend of May, and there are parties and celebrations throughout the city.

17. Initially, the city was located on a high and steep western bank, which rises above the river in the form of an impressive line of bluffs, culminating in Batiev Hill, 100 meters above the average level of the river.

18. One of the largest cities in Europe, Kyiv has a population of 3.14 million and covers an area of ??over 840 square kilometers.

19. Kyiv metro station, known as Arsenalnaya, today is considered the deepest metro station in the world. It’s 105 meters underground. The station was built in the early 1960s near the parliament building.

20. Completely destroyed during the Mongol invasions in 1240, the city lost most of its influence in the following centuries.

21. Andreevsky Descent is a street and a museum. This is one of the most interesting monuments of the city, full of diverse architecture, many legends and stories, an atmosphere of creativity and freedom.

22. Of interest are the ruins of the Golden Gate of the 11th century, once the main entrance to the city.