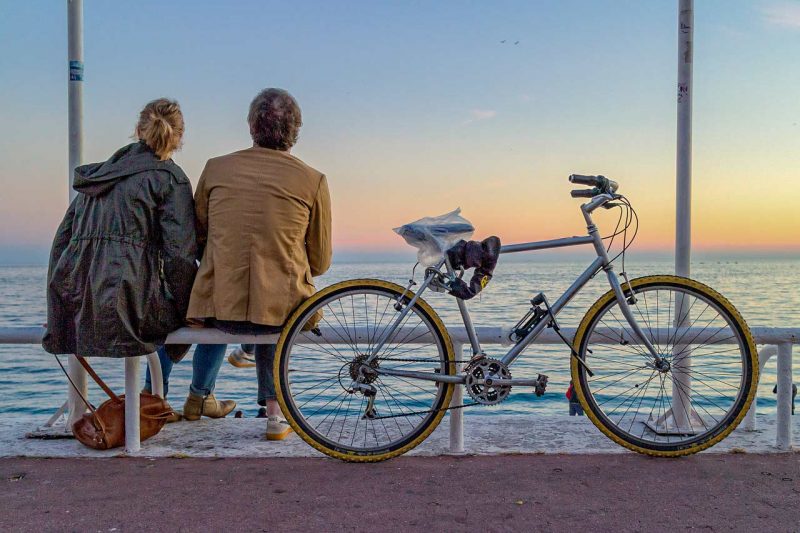 France is a country located in Western Europe, which at the same time has many overseas territories on other continents. France is considered to be one of the most modern countries in the world.

It is situated on the Atlantic Ocean and the Mediterranean Sea. Corsica and 20 other small islands in the Mediterranean Sea also belong to France. France, apart from Paris, also has many other very attractive and worth visiting cities and monuments, both historical and cultural. This country is the perfect place for a honeymoon for a young couple in love, who will remember the trip for their entire married life together.

1. French Riviera – this is the coast located in the south-eastern part of the country. Monaco belongs to the French Riviera and is one of the most interesting places. Here is the famous Cannes and Saint-Tropez with its beautiful beaches, popular in the movie world. In the summer season, the Riviera delights with the charm of picturesque villages and seaside towns. It is therefore a perfect destination for a summer vacation, during which we combine active recreation, sightseeing and laziness on a beautiful beach.

2. Mont Saint-Michel – is a medieval monastery located on an island in Normandy. The abbey delights with its beauty and uniqueness, while remaining in the memory of visitors for a long time. It is on the UNESCO World Heritage List and currently there are about 40 people living in the houses located at the foot of the monastery. Due to the changing water level, the only way to safely reach the city is the bridge.

3. Chateau de Chambord Palace – one of the most beautiful and recognizable palaces in the world, located in France. The unique architecture comes from the Renaissance with elements typical of the Middle Ages and Classicism. The palace was built by Francis I, King of France. Formerly there was a hunting lodge here, but the palace was never completed.

4. Annecy – is a small alpine town, called by many people Little Venice. It is located in south-eastern France. It has a very atmospheric old town with many narrow streets and canals. Hence the colloquial name of the city, as it resembles the real Venice. There is a medieval church on the island that used to be a prison, and now a museum has been opened here for visitors. Lake Annecy itself, on which the city is located, is also interesting.

5. Versailles – this is a palace that has an extraordinary history and was the background for many films and novels. It was built in 1682 and was the seat of King Luis XIV. It is one of the most majestic palaces and is certainly a symbol of France. There are also delightful gardens next to the palace, where it is worth taking a stroll and taking a breath of fresh air, surrounded by greenery.

6. Provence – this is the place where the most beautiful photographs of lavender fields come from. Provence is located in the south-eastern part of France and is a region that everyone should visit at least once. Arles, Aix and Avignon are cities in Provence that are worth visiting during your stay. The wine produced in the surrounding vineyards impresses with its aromas and rich taste.

7. Lyon – is a city located where the rivers Saone and Rhone meet. In Lyon, visit the old Roman amphitheater, Amphitheater des Trois Gaules, which dates back over two thousand years. There are medieval castles in the Old Town, as well as Renaissance architecture. The combination of all monuments in different architectural styles creates a very interesting and atmospheric atmosphere of the city.

8. Bordeaux – a land of castles, pedestrian streets and wide streets. The old town has its own unique charm, made of old buildings, fountains and small squares. In 2017, Bordeaux won the first prize for the most interesting city in the world. The surrounding vineyards and restaurants attract with their unusual smells and aromas. The city is perfect for lovers of art and culture that can match Paris here.

9. Côte d’Azur – stretches over a large area and impresses with beautiful places everywhere. On the Cote d’Azur, we can find beautiful architecture, charming towns, and unusual gardens full of greenery. Nice coast will delight every visitor seeking peace and relaxation in beautiful circumstances.

10. Paris -is a must-see in France. It is considered one of the most romantic cities in the world, and the Eiffel Tower was the witness of hundreds of thousands of engagements and declarations of eternal love. The Cathedral of Notre Dame has recently been preserved in excellent condition, full of perennial and most important works of art, inspiring many writers and artists. Currently, Notre Dame Cathedral remains closed to visitors due to a recent fire. In Paris, every visitor will find something for themselves, including the Louvre, Montmartre, Sacre Crue Basilica, Moulen Rouge, Eiffel Tower, Museum d’Orsay, Champs Elysees, Arc de Triomphe and many other places.