The first conquest of Everest by Edmund Hillary and Tenzing Norgay took place on May 29, 1953. This expedition became the entrance to the legendary “eight-thousanders”, it opened the way for others who gained confidence that reaching the top of the highest mountain in the world is possible.

Mount Everest is a monumental mountain that has featured on the list of summits for years. It has almost 9,000 meters. (the exact height varies depending on the measurements and ranges from 8844 to 8850 m above sea level). The peak is located in the central Himalayas, exactly on the border of Nepal and Tibet. Many stories and local legends are associated with this mountain. No wonder people there are convinced that Mount Everest is the place of the gods. However, in the 1950s, he succumbed to man and allowed him to reach his peak.

Can anyone climb Everest now?

Although several teams have long fought for the summit of the highest mountain in the world, this was one of the British expeditions that reached it first (although, it must be admitted, other tourists have already reached remarkable heights). The Himalayan Committee was responsible for organizing this trip. Eric Shipton was originally chosen as the expedition leader, leading to a successful exploratory expedition to the Eight-Thousanders two years earlier, and John Hunt was eventually chosen. He was a colonel in the British Army, who was chosen for his high mountaineering skills and well-developed leadership qualities. 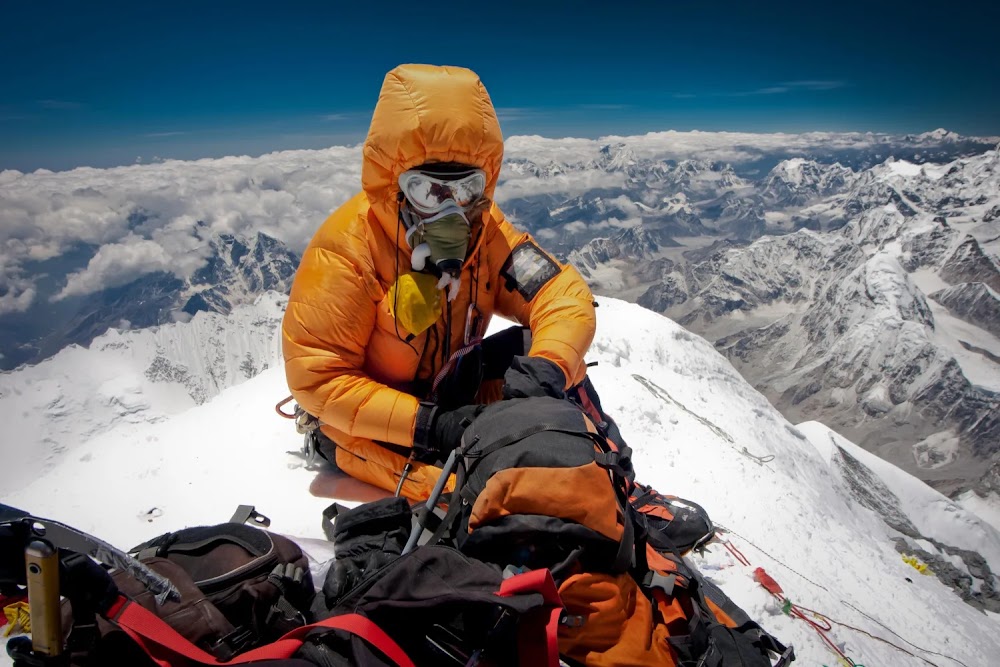 The British expedition to Mount Everest began at the port of Tilbury. The ship with travelers arrived on the coast of Mumbai on February 12, 1953. Then the expedition headed towards Kathmandu. There they were joined by a group of Schepers elected by the Himalayan Committee, headed by Tenzing Norgay. On March 10, the first group of explorers went to Everest. Initially, other explorers, Bourdillon and Evans, were appointed for the last stage of the ascent. As they had to give up due to fatigue and equipment failure, Hillary and Norgay made the trip to the summit. They went upstairs on May 29th. exactly at 11:30. Sir Edmund Hillary, although he was finally known as a New Zealand mountaineer and climber of the highest peak in the world, was a beekeeper by trade. Interestingly, as a child, he was quite shy and lost among his peers. In order to take a break from the work in the apiary, to which his father called, in winter he willingly went to the mountains. The freedom he had there made him want to reach the heights. He decided that if he returned from the war, he would start his career as a mountaineer. When his dream came true, he began to achieve his goal. So he climbed several small peaks in the Himalayas. His attention was drawn to the information about the preparation of a famous climber for the path to the top of Mount Everest in the newspaper. Then he decided to write him a letter. However, he did not suspect that he would be able to travel to the highest peak in the world and achieve a goal that was previously unattainable. Especially famous are the words that he spontaneously uttered after descending the mountain: “We finally got rid of this bastard!” He was recognized in the country for his achievements. He gained recognition and became a desirable person in the salons, although he came from a simple family engaged in beekeeping. Hillary’s image can be found on New Zealand banknotes and postage stamps, among other things. Tenzing Norgay (nicknamed “Norgay” means “luck”, “happy”) was an accomplished Nepalese climber who had a deep love for the mountains. As a Sherpa, he belonged to the local Tibetan people living in the Himalayas in India and Nepal. Many men have porters and guides for high mountain expeditions. At first, Norgay also worked as a porter. Being accustomed to the local climate and knowing the area well, he felt comfortable climbing. He was always drawn to the mountains, when he was a teenager, he dreamed of long trips to the top (at the age of thirteen he went on a trip to Kathmandu). He later took part in two Swiss expeditions to Mount Everest before he reached the summit. After this achievement, he decided to settle in India, in Darjeeling. There he also served as head of the Mining Institute, and also became president of the Sherpa Association.