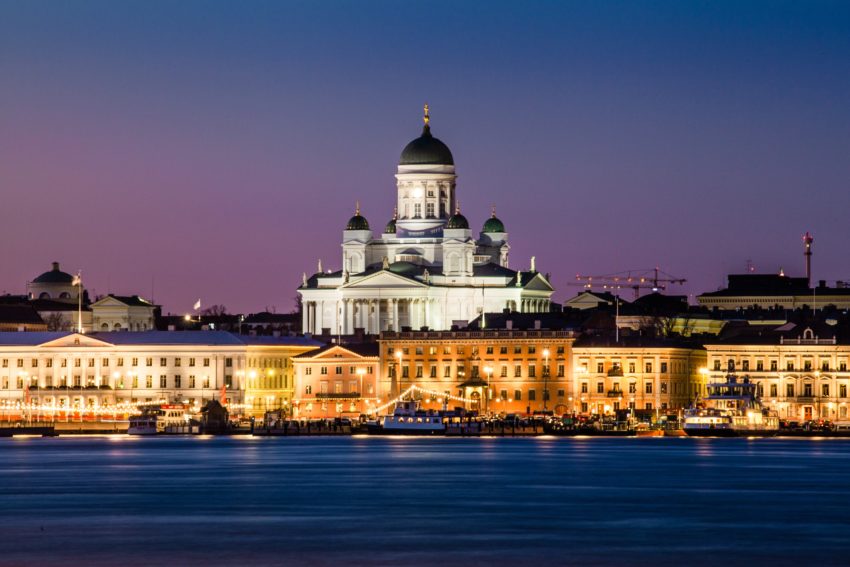 Helsinki is a city located near the Gulf of Finland. It has a remarkable cool climate, although without any special frosts, but it is blown by the wind from all directions of the world due to lack of protection in the form of mountains. Tourists from St. Petersburg fell in love with it, especially because of the similar “home” architecture, a more dynamic rhythm of life and a fairly simple way to get there without a visa. Like in any other capital, there are enough attractions here. All of them are mainly located in the city center, and therefore it is not long to get to them. There is a large zoo, which occupies an entire island and the Sirena water park in the suburbs. There are a couple of Lutheran churches – the Cathedral and the church located in the rock in the Toolo quarter. The first one is the most important church of the capital, the second one is carved into the stone layer and covered with a glass dome for illumination. But the most visited is the monument to the composer Jean Sibelius, a place with many copper pipes of different sizes, installed in an interesting way. < /a> The hotel service offers various accommodation options, these are hostels, Hotel Room hotels or the most ordinary hotels, most of which are four-star. High-end hotels like the Hotel Kamp or the Hilton have their own pools, tennis courts, gyms, and even beaches. There are 29 beaches in the city, and each one is tested according to the standards, therefore it is always kept in order and clean. Almost all of them are equipped with entertainment facilities – basketball and volleyball courts, as well as restaurants and bars. A separate aspect should be given to the kitchen. Even the simplest food has its own harmonious taste, the products here are organic, and the cuisine changes seasonally. Also in the city, as well as throughout the country, cafes that offer business lunches at a small price are extremely popular. The most interesting thing is the restaurant day, which takes place every few months. Anyone can open their own restaurant or cafe in their apartment. Treats in such establishments can be unlimited and fulfill the fantasies of local residents. And on Sundays, farmers with local products appear on Kauppatori Square, from which they immediately prepare various dishes from different ingredients. On these days, you can also buy various souvenirs here. It is noteworthy that the main shopping street is named after the Russian Tsar, Alexander the First. Shops and supermarkets of various goods divide the place here. Among the local population, the most popular is the old covered market, located near the South Port on the Market Square, here is the most extensive selection of souvenirs. In addition, there are about 70 museums, 8 theaters, 3 symphony orchestras and the National Opera. It is possible to go to the open sea or sail along the coastline and enjoy the views. Ice parks, ski slopes and various sports complexes are available. And once a year, starting from the end of August, there is a festive mood for three weeks. There are many concerts and performances, and various kinds of performances are held in the capital’s cafes and restaurants. An unforgettable event is the “Long Night of Art”.